Both Medicine and Medical Research use many complex and obscure terms that can make the work difficult for everyone to understand.  We will try to explain important terms here.

If there is a term you would like to see explained click here and here let us know!

Baseline:
A baseline is a measure made at the start point of a study, taken before any drug is taken, or any intervention is performed, to allow comparison.  If we think of it like a before and after, the Baseline is the 'before'.

Control group:
A group of participants that don't have the characteristic being investigated. For example, if a clinical study is investigating the effects of a drug, the control group might be patients who don't receive the drug. If a study is investigating depression rates in TBI patients, the control group might be non-brain injured people. A control group is an important feature of research studies because if things happen in the 'study' group that don't happen in the 'control' group, we can say that those events are due to the characteristic being studied.

Glasgow Coma Scale:
A tool that healthcare professionals use to assess consciousness, we score things like eye opening and limb movement, the highest score possible is 15/15, and the lowest is 3/15. A person scoring 8/15 would be deemed to be heavily unconscious.

Glasgow Outcome Scale Extended (GOS-E):
This is a common way to assess recovery after traumatic brain injury. The GOS-E is scored from 1-8. (An older version, the Glasgow Outcome Scale is scored 1-5). A score on the GOS-E of 4 or below is considered 'unfavourable' or 'poor' outcome. A score of 5 or above is considered 'favourable' or 'good' outcome. A score of 8 indicates full recovery (e.g. back to work, no or only minor problems), and 1 would indicate someone who had not survived the injury. Someone scoring 4 would not necessarily require constant help with all aspects of life - but they might not be able to go out to the shops alone safely for instance. A patient scoring a 5 would be able to do these things independently but would not be able to go back to working without considerable support, or have a social life at the same level as before the injury.

Placebo:
A medication that has no medicinal properties, but can be used as a comparison to a trial drug with active properties.

Post-Traumatic Amnesia:
A period of time, normally after waking from unconsciousness caused by TBI, in which the patient is unable to remember things that have happened since the injury.  Besides memory problems the patient might also behave unlike their normal selves. This might last for hours or days, weeks or sometimes even months, but it will resolve itself in the end.  Generally speaking, longer periods in PTA occur after more severe injuries.

Randomised control trial (RCT):
A type of medical trial where participants being studied are randomly allocated to receive one or another particular treatment.  For a controlled trial, one of the treatments given is the one being tested and another should be a ‘control’ to compare it to, which could either be a ‘placebo’ (see entry for placebo), or a previously tested treatment for the same condition that has been shown to have a positive effect.  The Randomised Controlled Trial is considered the gold standard for a clinical trial. 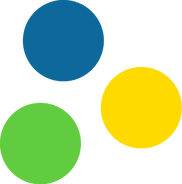 If there is a term you would like to see explained click here and here let us know!
TBI TALK - Traumatic Brain Injury Research.  For Everyone.

TBI TALK is not a source of medical advice.
TBI TALK 2015.
Powered by